According to abbreviationfinder, WCDMA is the mobile access technology on which several third-generation mobile telephony standards are based, including the UMTS standard. Compared to previous access technologies, fundamentally TDMA (Time Division Access) and FDMA (Frequency Division Access), WCDMA provides greater spectral efficiency, which allows the provision of types of services in radio access (voice and data with different binary rates).

It is part of a set of techniques called multiple access by code separation, where they coincide in that all users make transmissions at the same time, so there is no time or frequency separation and with the same bandwidth as there is no There may be separation in frequency, and they can be discriminated because users are assigned a code that uniquely identifies them.

Within the different CDMA techniques, WCDMA uses what is called DS-CDMA direct sequence access. In this case, the separation in the transmission medium is achieved because before being transmitted, the signal is multiplied bit by bit by the unique code that will identify it. This code is characterized by having a very high binary rate, specifically 3.84 Megachips per second. The rate is expressed in this unit to indicate that these are code transitions and not information signals.. This code is also called a spreading code because it causes the width of the signal to be transmitted to be widened, regardless of its bit rate, up to 5 MHz. The way to retrieve specific information from among all that is being transmitted simultaneously in the 5 MHz WCDMA channel is to re-multiply the spread signal by the same code used by the transmitter. This operation causes the original binary stream to be recovered. The rest of the signals that have been transmitted with codes other than the one to be recovered remain spread and behave like noise.

All expansion codes have in common that their chip rate is the same (3.84 Mcps) but they can be differentiated based on their length. The concept called spreading factor arises, which is the number of chips by which each bit of information is multiplied. This allows signals transmitted with different bit rates to coexist in the radio frequency access medium. Specifically, in the case of the UMTS standard, to transmit voice with a binary rate of 12.2 Kbps, codes of length 128 are used (channel binary rate of 30 kbps), while to transmit data with binary rates of 64, 128 and 384 kbps code lengths 32, 16 and 8 are used, respectively.

It offers flexibility in services, combining packet switching and circuit switching in the same channel with an average speed between 8 Kbps up to 2 Mbps.

It uses the available radio spectrum very efficiently, by reusing each cell, which requires 2 to 5 MHz for each layer, which means that a network will need 2 to 15 MHz, in a common 2GHz band spectrum..

WCDMA terminals are less difficult to manufacture because they require very little signal processing, helping to keep terminal costs down. Supports IP (Internet Protocol) connectivity, allowing faster Internet access. The natural synergy between mobile communications and Internet access has stimulated their integration. The fundamental technology on which IP works is Packet Switching. The path for the evolution of GSM towards WCDMA includes a state called GPRS (General Packet Radio Service) that provides packet switching up to 115 Kbps.

The general objective of the FRAMES is to define a specification of a UMTS multiple access air interface (WCDMA), which will serve as a start for the UMTS standardization process and take all the compatibility of previous aspects for consideration within GMS. /DCS. 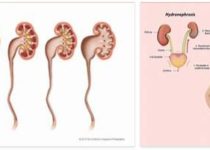 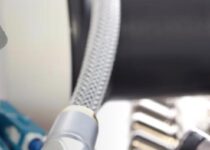 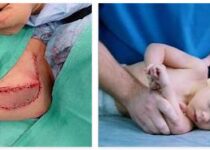