A encephalopathy identifies pathological conditions of the brain, which are due to different causes. The symptoms of the functional disorders of the brain are independent of the underlying diseases. At least initially, there are no structural changes in the brain, so that once the reasons for the neurological failures have been resolved, the symptoms can often regress again.

According to this definition, among other things, inflammatory processes in the brain do not belong to the encephalopathies. Furthermore, in encephalopathy, not only parts of the brain, but the entire brain, are subject to the functional disorders. The cause of the symptoms occurring in this complex of diseases are dysfunctions in the interaction of nerve and glial cells.

Internal changes in the organism lead to disturbances of the cerebral balance, as a result of which the functions of neurotransmitters and membranes are impaired. In general, the processes are reversible after the underlying processes have ended. However, long-term damage can result from inflammatory processes that develop as a result of the functional disorders.

Encephalopathies can develop due to increased concentrations of potentially toxic substances from metabolic processes or poisoning, electrolyte disorders, pathogens or circulatory disorders. This applies, among other things, when certain organ damage causes toxic substances to accumulate in the blood that can no longer be broken down.

In the brain, ammonia changes the concentration of certain messenger substances, so that communication between the various nerve and glial cells is disturbed. The reason for this is a swelling of the astrocytes due to the influence of ammonia. A brain edema develops, which affects the neurotransmitter function.

These substances disrupt the functioning of the nerve cells in the brain. In bilirubin encephalopathy, there is an increased concentration of unconjugated bilirubin in the blood. This condition primarily affects newborn babies with severe neonatal jaundice. In dialysis encephalopathy, aluminum intoxication through the use of aluminum-containing dialysis fluids is suspected.

Hypertensive encephalopathy is caused by a sudden increase in arterial blood pressure. So-called prions, which were first detected in the bovine brain, are held responsible as the cause of Creutzfeldt-Jakob disease. In Wernicke encephalopathy, there is hypovitaminosis with vitamin B1, which is caused by malnutrition or excessive alcohol consumption.

Hashimoto’s encephalopathy is caused by autoimmune processes that target the brain. MELAS syndrome is a mitochondrial disorder. Binswanger’s disease is, in turn, an atherosclerotic encephalopathy.

Encephalopathies are characterized by rapid changes in behavior. Cognitive and motor slowdowns occur. Furthermore, disturbances of consciousness from mild drowsiness to coma occur. In addition, there are drive, orientation, attention and memory disorders. Sometimes the patient also has hallucinations and delusions.

The overall picture also includes symptoms such as tremor, paralysis, speech disorders, visual disturbances or even epileptic seizures. Autonomic symptoms such as cardiac arrhythmias, breathing difficulties or temperature regulation disorders as well as changes in blood pressure can occur. Not all symptoms have to appear. In many cases, combinations of individual symptoms are observed.

Based on the symptoms, the cause of the present encephalopathy cannot yet be determined. First of all, it is important to take a comprehensive medical history. Of course, other symptoms must also be considered in order to diagnose the underlying condition.

Laboratory tests can determine possible toxins or pathogens. In the case of encephalopathies, no organic brain changes are detected in imaging procedures. Other diseases of the central nervous system such as strokes, trauma, infections or epilepsy must be differentiated from the differential diagnosis.

Encephalopathy can have a wide variety of causes, so different complications are possible. On the one hand, the disease of the brain leads to various symptoms of paralysis, but also cramps or sensory disorders. On the other hand, encephalopathy can be caused by an increased concentration of ammonia, as is the case, for example, with a failure of the kidney (renal insufficiency).

This can result in a life-threatening coma. In addition, kidney failure leads to a reduced excretion of potassium (hyperkalaemia), which favors the development of cardiac arrhythmias. Less acids are also excreted, which also leads to an increase in the potassium concentration in the blood. The kidney failure also causes painful edema, especially in the leg area.

Cirrhosis of the liver, as occurs with increased alcohol consumption, also leads to the development of encephalopathy. As a result, fewer proteins are produced for the body, and the likelihood of edema and ascites developing is increased. Disturbances in blood coagulation are also conceivable.

The blood that flows through the liver is also diverted and directed to the spleen, which consequently enlarges. In addition, hemorrhoids and varicose veins develop in the stomach and esophagus, which in the worst case can burst and lead to internal bleeding.

A doctor’s visit is necessary as soon as the person concerned behaves abnormally. In addition to the unusual changes in behavior, disorders of consciousness are particularly worrying. If you feel light-headed, your general performance is impaired or you feel weak, it is advisable to consult a doctor.

If individual systems malfunction, a doctor is required to clarify the cause and initiate mitigation measures. In the event of paralysis, numbness of the skin or sensory disorders, a doctor should be consulted. Reductions in vision, hearing or language skills are considered unusual and should be checked by a doctor as soon as possible.

Disorders of the heart rhythm, palpitations, high blood pressure or a general malaise must be medically examined and treated. If you have difficulty breathing or stop breathing, you will need a doctor.

A life-threatening condition is imminent, which should be examined and clarified in good time. If orientation disorders, attention deficits or memory problems set in, a doctor must be consulted. A doctor is also needed for hallucinations or delusions.

Changes in personality, emotional abnormalities, or mood swings should be presented to a doctor. A doctor’s visit is also necessary if epileptic seizures or general cramps develop in the body. Sensation of pain, a diffuse feeling of illness or unusual indifference should be discussed with a doctor.

This can be achieved, among other things, by adjusting the metabolism, accelerating the urea cycle by administering ornithine aspartate, by administering the laxative lactulose and by administering antibiotics to reduce ammonia-producing bacteria. Dialysis is indicated in case of kidney failure.

If there is hypovitaminosis with vitamin B1, thiamine (vitamin B1) must be administered in high doses. Furthermore, absolute abstinence from alcohol is necessary. In the case of encephalopathies caused by blood pressure, the normalization of blood pressure is in the foreground.

The prognosis of encephalopathy depends on the root cause, the progression of the disease, and the general health of the patient. In severe cases, there is organ failure with fatal consequences. Hepatic encephalopathy is reversible with early treatment and good therapy. The symptoms are treated individually until the symptoms start to ease.

If the patient has Wernicke encephalopathy, the progression of the disease is also decisive for the prognosis. With immediate treatment, a significant alleviation of the existing symptoms can be achieved. The linguistic or motor disorders improve within a few weeks. Permanent impairment persists in around 40% of cases. These have a significant impact on the quality of life. ¾ of all patients suffer psychological consequential damage. Often times, patients are dependent on lifelong support or care.

The risk of encephalopathy can generally be reduced significantly through a healthy lifestyle with a balanced diet, plenty of exercise and not consuming too much alcohol. Many underlying diseases can be prevented in this way.

In most cases, those affected with encephalopathy have very few or no direct follow-up measures and options available. The disease must first and foremost be recognized very early and then treated so that there are no further complaints or complications in the life of the person affected.

An early diagnosis with subsequent treatment always has a positive effect on the further course of the disease and can prevent the symptoms from worsening. As a rule, self-healing cannot occur. In most cases, encephalopathy patients rely on medication. Primarily antibiotics are prescribed. These should always be taken exactly as directed by a doctor in order to alleviate the symptoms.

Do not consume alcohol in order not to reduce the effectiveness of the antibiotics. Furthermore, a healthy lifestyle with a healthy diet always has a positive effect on the further course of the encephalopathy. Those affected should check their blood pressure regularly and, if necessary, lower it to normal. Generally, it cannot be predicted whether encephalopathy will reduce life expectancy.

Encephalopathy is a collective term for pathological conditions of the brain that are triggered by different causes. Whether and what a patient can do to improve his or her health depends on the underlying disease to which the encephalopathy can be attributed.

Brain disorders can be triggered, for example, by high blood pressure. In this case, the patient can take a number of self-help measures. In addition to regular blood pressure monitoring, a change in lifestyle and consumption habits is usually unavoidable. Obesity is a central risk factor, which is why those affected with a body mass index (BMI) must first lose weight permanently.

Permanent weight loss usually requires a change in eating habits, which those affected usually cannot cope with without external support. Patients should therefore not only consult a doctor, but also a nutritionist and, if they lack motivation, join a self-help group.

Even with disorders of the brain that can be traced back to hypovitaminosis, for example a deficiency in thiamine (vitamin B1), the patient can do a lot to improve himself. For example through a healthy diet and, if necessary, the use of dietary supplements. If the vitamin deficiency was caused by the abuse of alcohol or other drugs, the patient should start a withdrawal treatment and accompanying therapy. 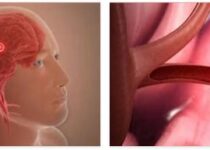 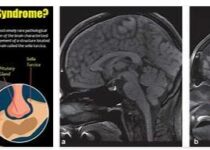