Under the Diphallia a rare double deformity of the penis is understood. The medicine suspects the cause of the consumption of teratogenic substances in early pregnancy. With the current state of medicine, a diphallia along with all accompanying anomalies can usually be corrected surgically.

Diphallia is an extremely rare malformation of the penis. The name comes from the Greek and can literally be translated as “double penis”. The incidence of this phenomenon has been described as about one case in five to six million. The double penis was first documented in Bologna in the 17th century. Since then, a total of around 100 cases have been described. Often with diphallia, both penises are at least partially functional.

The bifurcation must be distinguished from the phenomenon. With this phenomenon, too, the penis is divided into two parts. In contrast to the diphallia, the dichotomy in the bifurcation is not innate, but rather ascribed to a surgical intervention as part of a ritual act. The diphallia is counted among the embryopathies and thus belongs to the developmental disorders of the early embryonic phase. As with the male penis, a double malformation can affect the female clitoris. However, this phenomenon is also extremely rare.

In view of the extremely low incidence, the phenomenon of diphallia has not yet been conclusively researched. So far, one can only speculate about the causes. Currently, medicine is based on the consumption of teratogenic substances in early pregnancy. On average, on the 24th day of pregnancy, the urogenital sinus, rectum and genital cusps separate from each other in the posterior mesoderm of the embryo.

The urogenital sinus is the fetal precursor of the urinary tract and genitals. After it has been separated from the rectum and the genitals, the penis is formed in the male embryo. Medicine assumes that harmful influences impair the function of the Homeobox genes in this early phase. These genes code for the homeodomain. A mutation of the genes can therefore produce redundant limbs. In the case of the paired penis, the fusion of these genes is said to be hindered during chromosomal translation.

In the diphallia, the penis is created twice. The individual systems are sometimes on top of each other. But they can also be present directly next to one another or at a certain distance from one another. Most of the time, both systems work, so that at least urine can be released through both the one and the other. The double malformation does not have to extend the entire length of the penis. Often, for example, only the glans is affected.

As a rule, one of the two systems is more developed than the other. In most cases, the diphallia is accompanied by other malformations of the genitals or the rectum. Most often there is also a split in the scrotum. Also, developmental disorders of the urethra are a common side effect. In most cases the fertility of those affected is at least limited or there is complete infertility.

The diagnosis of diphallia can be made immediately after the patient is born. A diagnosis before the birth is also conceivable under certain circumstances. The double disposition of the penis can take a more or less serious course, especially on the psychological level.

How high the level of suffering is for a patient with diphallia depends heavily on the time of diagnosis, the possible therapy, the accompanying malformations and, in addition, the personality of the person affected. As a rule, the malformations of the genital tract can be corrected today. The infertility can, however, remain.

Diphallia results in the formation of two penises, which can be associated with different complications. Usually only the glans is affected by the duplication. First and foremost, the patients suffer from psychological complaints that arise due to the visual appearance. This can lead to depression or inferiority complexes.

Sexual pleasure is also severely restricted. The diphallia is viewed by many as bizarre and as a result can lead to problems with the partner. Most of the time, the disease also leads to discomfort in the urethra, so that urination is associated with pain. Often those affected are sterile or fertility is very limited.

The treatment of diphallia is usually possible by means of a surgical procedure. However, this is very complex and is only carried out if it is requested by the patient. A diphallia does not have to be corrected in every case. Most of the time, however, the treatment is carried out because the patients are ashamed of the disease. This is mainly carried out before reaching the age of majority so that there are no psychological complaints in adulthood. There are no further complications after the procedure.

If the diphallia is still present in adulthood and is perceived as a problem by the person concerned, a visit to a doctor is recommended. The possible treatment steps can be worked out in conversation with the doctor. It is usually possible to treat the malformation surgically. A corresponding procedure is particularly suitable for people who suffer from diphallia – be it in the form of urination problems or psychological complaints.

Therapeutic counseling can help reduce the suffering of those affected. You do not need to see a doctor to diagnose diphallia. The malformation is usually diagnosed by the doctor or the parents immediately after the birth or before the birth. However, further medical clarification is necessary in order to rule out possible damage to the internal organs. Usually these measures are taken on site in the hospital. In the course of this, the parents are usually offered a consultation with the doctor, in which they are informed about the risks of diphallia.

Most malformations can now be corrected surgically. This also applies to the double malformation of the penis. With regard to diphallia, surgery is actually the only treatment option. However, the procedure on the double penis is relatively time-consuming and complex, as the urinary tract may have to be rearranged so that one of the double structures can be removed.

The procedure is preceded by an extensive assessment of the patient. The main purpose of this investigation is to clarify the question of additional anomalies. Surgical intervention is available for almost all anomalies associated with diphallia. A diphallia does not necessarily have to be corrected surgically if the patient does not want it. Cases are known from the present time in which the affected person consciously decided against therapy and mastered his life with double genitals.

Nonetheless, an untreated double penis can leave teenagers with a high level of insecurity, self-doubt, and shame. Most parents want to spare their offspring ridicule and insults and therefore decide on corrective surgery long before the offspring is of legal age.

With the modern medical possibilities it is possible to correct the double malformation in the majority of cases. Without surgery, the patient will have to live with the diphallia as there is no alternative option for change. In principle, the prognosis for diphallia is good due to the medical skills.

The duplication of the penis is corrected in a corrective procedure. Nevertheless, the individual initial situation of the patient can lead to various sequelae and problems. Most symptoms include infertility or poor penile rigidity. A shrunken testicle is an uncorrectable and therefore lifelong infertility in the man. With erectile dysfunction, sexual behavior is permanently disturbed. The surgical procedure creates scars in the genital area. These can lead to discomfort and, in the worst case, to long-term pain.

Laser irradiation is necessary to alleviate the symptoms. In addition, corrective surgery on the diphalia can lead to a shortened penis or undesirable deformations. Often there are conflicts between partnerships or unwanted being alone. Shame, decreased self-esteem, and teasing occur. This triggers psychological problems or illnesses that lead to a severe reduction in the quality of life. In severe cases, depression, personality, anxiety, or sexual disorders develop.

If medicine is correct with the current speculations about the cause of the diphallia, the phenomenon can be prevented. If teratogenic substances are responsible for the anomaly, the complete renouncement of alcohol, drugs, cigarettes, coffee and black tea during the early pregnancy can already be understood as a preventive measure.

In most cases, no special follow-up measures are necessary or required in the case of diphallia. The disease itself must be treated by a doctor so that there are no further complications in the child’s life. After this procedure, no further measures are usually necessary to alleviate the symptoms.

Complications usually no longer occur. The treatment itself takes the form of a surgical procedure. It should take place very early, since only early detection and treatment of the diphallia can avoid further complaints. After the procedure, the person concerned must always rest and stay in bed.

The body should be spared, with no exertion or other stressful or sporting activities. In most cases, those affected are also dependent on psychological support. Intensive discussions with parents or friends are particularly useful at a later age in order to prevent psychological upsets or even depression. Contact with other patients with diphallia can also be useful. The life expectancy of the patient remains unchanged from this disease.

Diphallia as a rare disease leads to physical complaints in some of those affected, which can be expressed, for example, in difficulty urinating. In order to reduce existing suffering, regular contact with the responsible specialists is the most important measure for the patient.

With the help of medication, certain difficulties, such as urination, can be reduced. This also applies to any pain that may occur. In more severe cases, surgical interventions that completely or partially eliminate the diphallia can be considered.

With diphallia, however, the psychological consequences for those affected are often more serious than the physical problems. Because the disease is usually associated with shame, especially in adults. The diphallia is not recognizable to outsiders, so it is possible to keep the disease secret from other people.

Problems therefore usually only arise for patients when they want to enter into a partnership and fear a negative reaction from their partner. Psychotherapy or participation in self-help groups help some of those affected to strengthen their self-confidence.

If the patients feel the impairment caused by their sense of shame as too strong, surgical interventions are also possible for psychological reasons. Therefore, an operation for the disease is recommended in childhood. 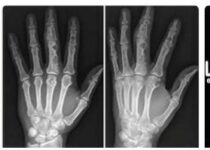 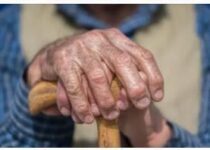