Natural language is known as the form of language that, provided with a syntax and subject to various principles and rules, is used to communicate. These natural languages, which are made up of a system of signs, can have linguistic varieties : particular forms that are characterized by the features that a certain community of speakers uses.

A chronolect, in this framework, is a linguistic variety whose form is given by the age of the people. This means that, according to the age group to which they belong, a subject usually uses certain words and expressions, which are not used by individuals of other age groups.

A chronolect is a linguistic variety linked to the age of the speakers.

Suppose a young man walks into a restaurant and starts insulting the diners. An Argentine adolescent, when referring to this situation, could express: “The guy came in overworked and started to make everyone delirious”. An adult of the same nationality, on the other hand, can comment on this: “The boy came in very upset and began to attack everyone”.

If the two statements are compared, the differences in the chronolect can be noted: “chabón”, “re up” and “delirious” (as synonymous with verbally attacking or mocking) are terms typical of adolescents, rarely used by adults.

Changes over the years

On the other hand, being linked to a certain age, who uses a certain chronolect will not appeal to said linguistic variant throughout life, but, over time, will adopt another chronolect. This leads us to recognize three different types of chronolect: the infantile, the juvenile and the adult. Although this structure is not rigid, since we could recognize at least one more class (that of the third age) and within each one, subdivisions, it is possible to apply it to most Spanish-speaking societies to study the characteristics of society. language from a social perspective.

Onomatopoeias are frequent in the children’s chronolect.

The infantile chronolect is the linguistic variant that is related to the changes of words that usually take place among the smallest. Some of the most common examples internationally occur when children use onomatopoeia to refer to animals, such as “moo” or “woof” to talk about cows or dogs, respectively.

Among the various causes of its existence, the child’s chronolect appears as a direct result of the limited linguistic knowledge that human beings usually have during the first years of life. As in all cases, this does not apply to one hundred percent of children, since some develop unusual skills in their childhood, especially those who receive adequate stimulation from their environment.

With regard to the youth chronolect, we can say that it is the most evident in society, given that it dominates the media. This chronolect is closely related to slang, a kind of slang shared by many people. Currently, given the influence of the Internet at a global level, the scope of this chronolect is no longer limited exclusively to one region but can transcend borders and become fashionable in other parts of the world.

Finally comes the adult chronolect, which is usually associated with formality and a greater degree of correctness in the use of language, although this is not always the case. Many times, adult speech is fused with the jargon of their profession, which is why it is usually easy to know what someone does for a living simply by the way they communicate. 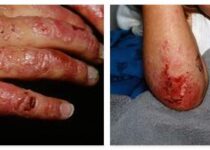 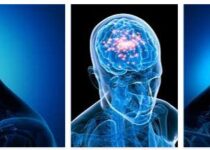 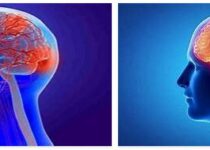