Virginia (English: Commonwealth of Virginia) is a commonwealth within the United States that has state rights. In fact, the tenth state in the United States, one of the so-called South Atlantic states. Population — 7.2 million people (12th place in the USA; 2000 data). Ethnic composition: African American – 19.6%, German – 11.7%, American – 11.2%, English – 11.1%, Irish – 9.8%. The capital is Richmond, the largest city is Virginia Beach, other major cities are Alexandria, Lynchburg, Norfolk, Newport News,Portsmouth, Hampton, Chesapeake.

To the east is a coastal marshy plain. Chesapeake Bay and river estuaries cut deeply into the land. To the west are the low Appalachian mountains with the Blue Ridge (about 1,743 m). In the center is the Piedmont plateau. The climate is temperate, warm and humid. The temperature drops to −9 °C in winter and reaches +38 °C in summer. The annual amount of precipitation is 800-1200 mm. On the slopes of the mountains there are pine and mixed forests.

Virginia’s court system is divided into four main levels: the Supreme Court, the Court of Appeals, the Circuit Courts, and the District Courts. The Supreme Court, consisting of the Chief Justice and 6 judges, is the court of last instance in the state. Its main duties include reviewing decisions made by lower courts, including criminal and civil cases.

According to COUNTRYAAH, Richmond is the capital of the state of Virginia in the United States and is located on the James River. According to the official 2000 census, the city had 197,790 inhabitants.

The Richmond area was first explored by English settlers around 1607. In 1737, the city was founded on the site of the once capital of the Indian Empire Powhatan, which was conquered by the English. In 1782, shortly after the English surrender in the American Revolutionary War, the city became the capital of Virginia. During the American Civil War it was the capital of the Confederate States of America. Just before the surrender of the Confederacy, Confederates themselves destroyed large parts of the city by arson.

Richmond, thanks to being the capital of the Southern states during the Civil War, has many museums and monuments, especially on Monument Avenue, dedicated to this chapter of its history.

About 2.6% of Richmond’s population is Hispanic and Hispanic, 57.2% of African origin and 1.2% of Asian origin.

Many monuments have been erected along Monument Avenue, commemorating many key moments in American history.

Richmond has been the seat of a Roman Catholic diocese since 1820.

In 2015, the UCI Road World Championships were held in Richmond. The road race in the men’s elite was won by the Slovak Peter Sagan. 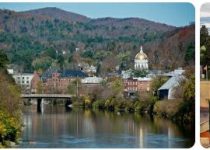 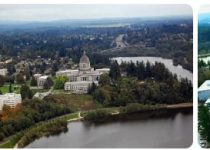 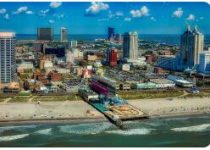