Basically, an interface connects systems with different physical, electrical and / or mechanical properties. It is mainly used for communication or data exchange. Interfaces are used very frequently, especially in the field of information technology.

What is an interface?

In the past, computer manufacturers were careful to develop a separate interface for each application. In the meantime, however, universal interfaces such as USB or PCIe have established themselves. Their main advantage is greater compatibility between individual systems. The specification of an interface includes data on the transmission speeds and methods as well as information on the plug, socket and the number of lines.

According to digopaul, there are different types of interfaces in the field of computer technology. A fundamental distinction must be made between hardware interfaces and software and user interfaces.

A hardware interface ensures the compatibility of different components of the computer. With internal and external interfaces, a computer has two different types of transitions.

Internal interfaces are located inside the housing and are not visible from the outside. They connect the central processing unit (CPU) with other systems in the computer, for example the individual boards and the functional and storage units. The individual components are connected either directly or by means of a cable via a socket or slot. Examples of so-called bus interfaces are the Small Computer System Interface (SCSI), which plays a role in hard drives, for example, or the PCIe bus. This provides connections for up to ten expansion cards.

Software interfaces realize the transition between different programs, which enables data exchange. With communication and programming interfaces, there are also two different types here. Information is exchanged between the system components involved via communication interfaces. Therefore, they are also known as data-oriented interfaces.

A programming interface, on the other hand, is usually used to synchronize individual system parts. This makes it possible, for example, to transfer data from word processing software into a database application. Such programming interfaces now exist for a wide variety of applications. The English term API is often used in this context. The abbreviation stands for “Application Programming Interface”.

User interfaces are used wherever there is interaction between humans and computers via a menu displayed on a screen. From the user’s point of view, the goal is always to complete a specific work task using the selected system. When the first computers came on the market, it was only possible to communicate with the computer using command lines (entering commands via the keyboard), for example. There are now a number of other computerized user interfaces. Examples are speech dialog systems (speech-based user interface) or touch-sensitive touchscreens (natural user interface). 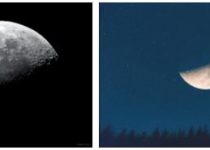 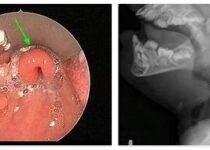